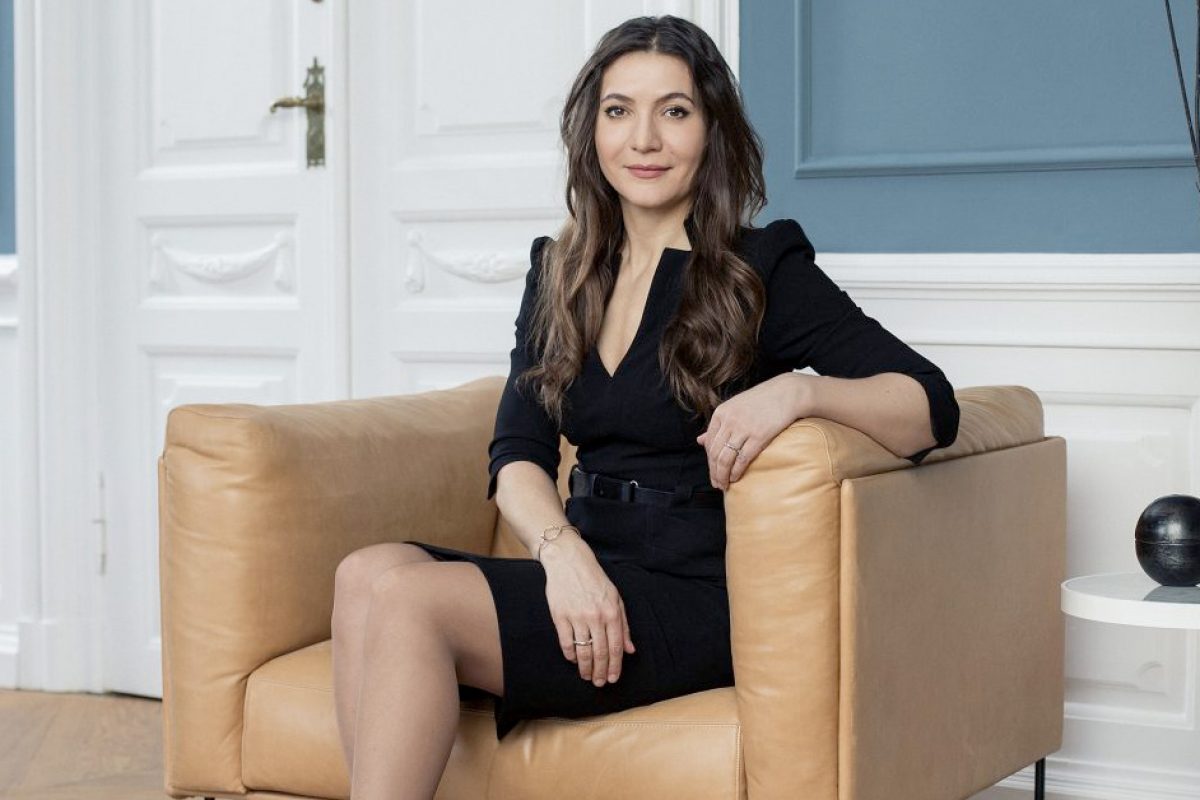 Our #LeadtheFuture campaign highlights female role models who are trailblazers in their field.  In the Womenomics book and on the leadthefuture.dk website, we interviewed many of these female leaders to showcase the various paths to top management, and the lessons they have learnt along the way. Natasha Friis Saxberg, Head of Technology at Maersk Growth is one such role model.

When the goal is always being at the forefront of technological development, it is difficult to predict the next step in your career. Therefore, Natasha Friis Saxberg has gone completely her own way and is now part of the Growth department for Maersk.

It is difficult to pursue education in undefined future needs, and so it only makes up a small part of Natasha Friis Saxberg’s comprehensive CV. Instead, she has extensive practical experience developing several large companies and has written books about technologies before they became mainstream.

“Education has been the least decisive thing for my career, and it’s not a measurement of quality in my view. My greatest strength is that I’ve worked in many different industries, from design to heavy technology, and I can combine elements in new ways. I’ve always ended up being at the forefront of technological development and have had to translate it into commercial value and use.”

Today, Natasha Friis Saxberg is the head of the technology department at Maersk Growth, which is one of the efforts Maersk has initiated as part of the transformation that will secure future global growth for the industry giant. Here, innovation is a tool for creating future trade, and start-ups are being built and invested in that match needs in the company’s value chain.

Maersk Growth has existed for a year and is approaching 22 employees. The start-up environment is far from a new experience for Natasha. Having been educated in fashion and design, including as a furrier and tailor, she started her first company at the age of 20, designing evening and wedding dresses.

After some years, Natasha left the fashion branch. She trained in networks, protocols and e-mail exchange and worked for a number of years as a network consultant. Here, she installed networks and e-mail server solutions for Danish companies.

“It was quite by chance through a friend that I went in that direction, and the sewing needle was replaced with screw drivers. Later on, I moved to DSB as an IT operations manager, where my design background ended up being useful, because at that time no one was talking about user needs.”

Before terms such as design thinking had been invented, and Natasha herself could describe it, her focus was on how technology could help people, such as train drivers, by being based on and designed around the user’s needs.

Getting married to an entrepreneurial type had a infectious effect, and Natasha created her own global software start-ups between 2008 and 2013. She was an associated partner at the Copenhagen Institute for Futures Studies and published two books; the latest book, Homo Digitalis, being about technology’s influence on humanity.

In 2013, Natasha moved to New York for Denmark’s Trade Council, where she helped Danish start-ups into the US market. Later, she became the host for a technology TV programme from Nasdaq in New York. Back in Denmark, a new adventure awaited, but also a divorce.

“As with so much else, family structures are also changing. The nuclear family is still the ideal, but many people live in a different way and with help from their network. My children have often come along with work and have travelled around the world with me. Therefore, they have learnt to entertain and take care of themselves when mum had to work, and that has made them more robust and independent.”

Other people’s opinions do not scare Natasha, because she believes that we should all find our own way of being a parent and should not worry about outdated ideals. When there is little time, it requires a tough prioritization of one’s time, and Natasha’s focus is on being attentive – with her children and at her job, which are both her main passions.

“I believe that everything can be successful, because I fight for it. I probably work more than I realize, because I can’t separate my work, private life and passion. When I’m not working with technology, I’m researching. My basic approach is that life is short, so get the best out of it.”

In all aspects of life, Natasha Saxberg’s advice is to follow your own norms and dreams – never others’. Her own career has been far from linear. It has been driven by curiosity and hard work rather than titles and pay grades. It is about being passionate about what you are doing.

“It’s important to dare to try something you HAVEN’T tried before but that you think is exciting. You are also obligated to use your abilities. For me, that’s using technology to create growth and value, so that we can accelerate the evolution of our society and organizations. I’m not afraid of making mistakes – only of not constantly learning and getting better.”

This interview is extracted from the Womenomics book. To purchase a copy, click here.

Ministry of Foreign Affairs of Denmark

“Diversity is at the core of creating new and disruptive solutions”...
Scroll to top